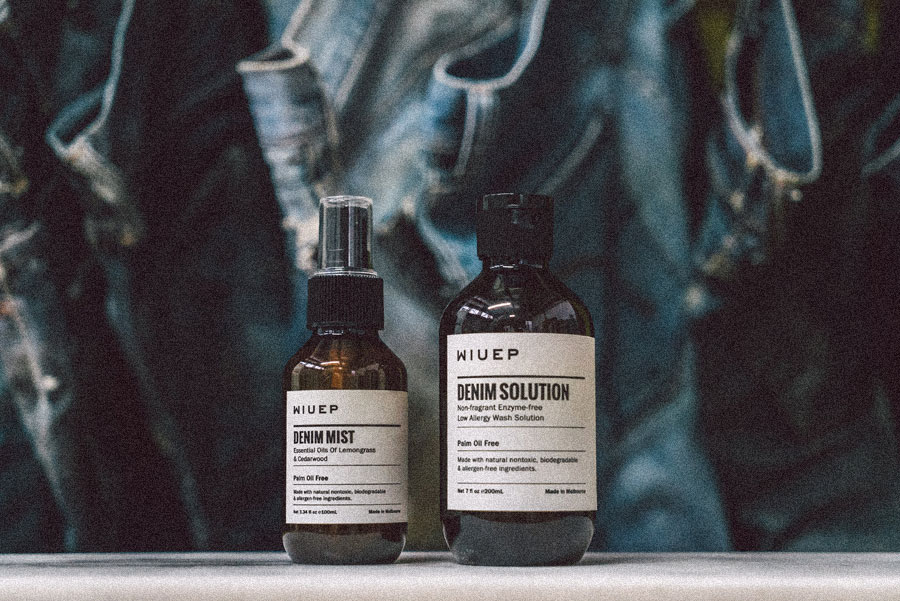 Whether you’re a denim-addict or amateur denim head here’s quick peruse of the following denim terminology, covering everything from enzyme washes to selvedge.

Few items of a man’s wardrobe are as essential as a pair of jeans, so naturally jeans tend to be the go-to choice on a number of different occasions. Therefore, knowing a thing or two about denim leverages you’re ability to ensure buying the jeans you really want and caring for them to prolong their lifespan. There are terms you will without a doubt have come across or heard in passing when entering the denim world. Such as sanforized, Cinch back, Atari, Yoke or Riser and that’s just the tip of the iceberg.

So what’s all the fuss about? Why do denim-addicts and denim-amateurs alike pay extra special attention to it? While you can read our guide to maintaining and washing your jeans here – Let’s start off the easy way with a selection of common denim-related terms that get thrown about, but may leave you scratching your head.

This particular type of is achieved through soaking pumice stones in chlorine and then washing them causing an all-over white blotchy appearance.

The selvedge line or ‘self edge’, refers to the edge produced on woven fabric (denim) during the manufacturing process to stop it from unravelling. This particular process can only be achieved on a traditional shuttle loom and so selvedge denim tends to be more expensive than denim manufactured on an industrial level. The most popular selvedge line is red, however other brands such as Nudie use orange.

A sewing procedure that uses loop-like stitches which form a chain pattern. Pulling the fabric at slightly different tensions on either side, it produces a distinctive, twisted roping pattern at the hem.

A more environmentally conscious way of softening jeans. Organic proteins are used to speed up the chemical processes and eat away at the indigo. The finished jeans tend be stronger than those treated with with pumice stones and harsher chemicals.

A process that prevents shrinking by stretching and manipulating the raw denim fabric before it’s washed. Developed in the 1920s by the Sanforize Co. and patented in 1928.

The dye used to color denim, it was initially taken from the indigofera tinctoria plant, but was later synthesized in the early 20th century. Indigo continually fades because of its inability to penetrate fibers completely.

The particular dyeing method uses one dye bath, but has to be repeated multiple ties to achieve a deep indigo colour at the end of the process.

Thought to be the best way to dye yarn. Cotton threads are twisted into a rope and then dipped into an indigo bath several times—the more dips, the darker the yarn.

Woven on older looms, this denim is more rugged and is a less refined than modern jeans. This yarn adds character to the denim because of the tiny knots, or “slubs,” running randomly throughout the yarn.

Ever wondered what that denim buckle on the back of your waistband was called? Well, that would be a cinch, which allows your to tighten or loosen your waistband. These became less common in the ’20s as belts grew in popularity.

Those small metal button-like things that you find on the pockets and zip of your jeans are called rivets and they were traditionally used to strengthen jeans at natural stress points. Nowadays they tend to offer ornamentation as modern ‘barrack’ sticking have largely replaced rivets in industrial denim manufacturing.

A laundry process in which denim jeans are literally shot with guns of sand in order to achieve a worn look, softer finish removing the indigo in the process. While originally done only by hand, this processing has recently become automated. Chemicals are also now used in many laundries replacing sand.

This popular ‘worn in’ look is achieved by washing the denim with pumice stones in a rotating drum. The longer the rotation the lighter the denim will be.

Yes, there’s a name for those faded creases where the indigo denim has worn away, Whiskers/Hige, Honeycombs on the other hand, are the fading found behind the knees and, as the name implies, are shaped like honey combs.

Whiskers and Hige (pronounced Hee-geh) fades are the long, stretched creases often (but not always) found around the waist and crotch area.

This is the V-shaped back section of the seat of the jeans, which gives curve to the seat. Yokes tend to differ in depth from one style to another; for example, cowboys traditionally wore jeans with deep yolks.